If you’ve known me for a long time, the title of this blog entry might cause you might wonder if I’m writing a nostalgic look at adolescent buddyhood. After all, my nickname in high school was Pete (for no real reason), and my best friend for much of that period was named John.

At the risk of reading too much into things, we were in a triad of sorts with another dude named Paul. Hmm.

Anyway, I admit that I’ve thought a lot about our salad days in Drumheller lately – especially as I’ve watched most of my high school grad class turn 40 on Facebook this year (my Lordy, Lordy is coming up soon, too: I drink Big Rock Traditional Ale, FYI). If you see me smiling for no apparent reason these days, there’s a good chance it’s because I’m replaying the decades-old memory of some idiotic road trip moment, or just of John’s epileptic-parrot laugh.

But this blog is not about Johnny Lueckster and Pistol Pete. It’s about those dudes from the Bible that who had our names first.

I’ve written before, multiple times, about the fascinating man that is Saint Peter. The First Pope. The Rock on Which Jesus Built His Church.  The Gatekeeper of Heaven. The guy who got out of the boat and walked on water for a few seconds. The only disciple, near as I can recall, who Jesus ever referred to as ‘Satan.’ The guy who denied Jesus. Three times. The Disciple who, when asked if he agaped Jesus, wimped out and said, ‘Yes, I phileo you.’ Three times.

But this week, God gave me even more to say about The Rock (the real one, 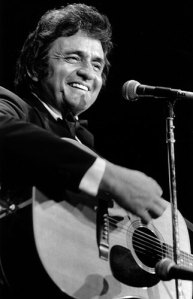 not Dwayne Johnson, or even Don Muraco) – and He used The Disciple Jesus Dearly Loved to send the message.

Does it ever get under your skin that John refers to himself as ‘the disciple whom Jesus dearly loved?’ Doesn’t Jesus dearly love everybody – particularly all of his 12 disciples? If this is some way to avoid using the word ‘me,’ isn’t it like a print journalist describing himself as ‘the super great reporter with unimpeachable modesty’ for the same reason?

Apparently there’s some debate as to whom the author of John’s Gospel is referring to when he uses this phrase, but for the sake of simplicity and because it’s all pretty arbitrary anyway, I go with the default position that John is talking about himself.

And it bugs me a little.

But I’ve decided to put aside my annoyance and embrace John’s Gospel. It’s undeniably a masterpiece, and I’ve found it extremely useful in many ways, not least of which is the insight it provides into Peter.

While Matt gives us some pretty great stuff about Jesus and Peter – his aquastroll and the Rock On Which I Will Build My Church, the Keys to Heaven and Get Behind Me, Satan! – for instance (the last three of which occur in the same conversation, incidentally [Matthew 16:15-23]), Johnny reveals some great stuff about Petey, too.

John gives us the agape-phileo conversation (John 21:15-17) where Peter is reinstated, for one thing. He follows that immediately by predicting Peter’s crucifixion, then commands him to follow Him:

Very truly I tell you, when you were younger you dressed yourself and went where you wanted; but when you are old you will stretch out your hands, and someone else will dress you and lead you where you do not want to go.”  Jesus said this to indicate the kind of death by which Peter would glorify God. Then he said to him, “Follow me!” – John 21: 18-19

I get goosebumps every single time I read that passage. I’m not entirely sure why.

And this week, possibly for the first time, I read about where Jesus washes his Disciples’ feet, in John 13. This incident is my new favorite Peter story – followed closely by agape-phileo and walking on water.

In the foot-washing story, the Last Supper is underway, and Jesus decides to teach his posse a little something about the concepts of master and servant, by washing the feet of his followers. When it comes to Peter’s turn, the disciple is initially scandalized, but he changes his tune pretty quickly:

He came to Simon Peter, who said to him, “Lord, are you going to wash my feet?”
Jesus replied, “You do not realize now what I am doing, but later you will understand.”
“No,” said Peter, “you shall never wash my feet.”
Jesus answered, “Unless I wash you, you have no part with me.”
“Then, Lord,” Simon Peter replied, “not just my feet but my hands and my head as well!” – John 13:6-9

‘Are you sure “Peter” means “rock,” Jesus? I’m not sure it means what you think it does (Princess Bride reference alert). It must mean “wishy-washy.” Or were you being sarcastic, maybe, Lord? Help me out here.’

Now, you can’t judge Peter by looking at the Gospels alone. His conduct after the Ascension, in the Book of Acts, is downright awe-inspiring and humbling. His letters are comforting and insightful. (He uses agape quite a bit in the post-Gospel New Testament, FYI.) And he goes to the cross for his faith, just like Jesus said he would. 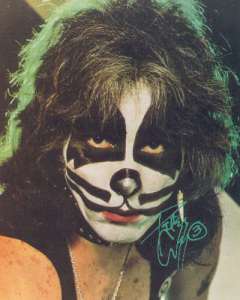 But concentrating solely on the Gospels for a moment, in light of Peter’s conduct throughout these four books – particularly in the stories I’ve mentioned in this post – I must not be the only person who’s wondered why Jesus chose to put so much faith in Peter.

I think God wants us to wonder about that. I think He wants us to look at Peter with incredulity and say, ‘This is Your rock?’ and ponder what implications that has about Him and us, and how He might perceive us, in spite of (or maybe because of) our flaws.

I don’t know about you, but I can really relate to the flightiness of Peter, and I just realized that while I tend to snort at these qualities in the Apostle, I see them as a source of strength in myself. More meditation on this might be warranted.

You see, I’m a man of strong opinions; I establish a position on an issue and I stick vehemently to it – defending it at every turn. That is, until someone points out some information I’ve overlooked and shows me how off-base I am. At that moment, I’m instantly converted to the opposite position, which I defend with equal vigor – until the cycle repeats itself in reverse.

Here’s hoping I don’t face the same kind of tests my semi-namesake did after Jesus’ Ascension. But if I do, here’s praying that I meet them with the same sort of steadfastness that he did.

Communications professional by day, amateur musician by night, worship leader (at Holy Trinity Anglican Church in Calgary) on weekends and aspiring Bible teacher in my dreams. Grateful husband to the woman who completes me. Doing-the-best-I-can dad to the son and daughter who keep me on my toes. Striving disciple of the GodMan who came, taught and died for me. Thanks for stopping by!
View all posts by robpetkau →
This entry was posted in Uncategorized. Bookmark the permalink.